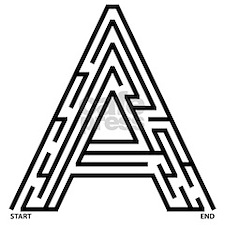 When my mother began forgetting things, we chalked it up to simple old age. She put a calendar on her fridge to keep track of appointments and a notebook and pencil by the phone to write down important notes. No big deal. I mean, who among us doesn’t forget things, right?

As it got worse, I couldn’t remain in denial. We went to her doctor and he diagnosed her with dementia and prescribed Aricept. I asked him then if she should see a specialist. His response, “No. There are only two drugs that are prescribed and she’s on the more effective of the two. There’s really nothing else they can do.”

What a bunch of baloney!

My instincts told me better, but I was in uncharted and overwhelming territory. I really had no idea what to do or who to see. So, I did nothing. The Aricept did help her memory, but not enough for her to be driving (though at that point she still was).

About 10 months later, my friend saw a notice in the paper about a support group that was starting at a local eldercare facility. The group was aimed at caregivers of those with dementia. It was a four week session. I missed the first week, but went to the other three sessions.

It was the best thing I ever did! I learned so much! Right away, I learned about “geriatric evaluations.” I had never heard of this before, but some of the others’ loved ones had done this and the facilitator of the group highly suggested it. I left the first meeting with something actionable to do!

In less than a month, we were on our way to the University of Michigan to meet with Dr. Judith Heidebrink, a neurologist at the East Ann Arbor Health and Geriatrics Center. Dr. Heidebrink asked a lot of questions and examined my mother. She ordered blood work, an MRI and extensive cognitive testing.

She also dropped the A-Bomb. She suspected my mother had Alzheimer’s. OUCH! Somehow, dementia didn’t sound so scary. But Alzheimer’s. That’s. Not. Good.

The tests took place over the course of the next several weeks and less than two months after we started, we were going back to get the results.

Although there is no way to diagnose Alzheimer’s exactly, other things can be ruled out and certain things in the brain strongly indicate whether or not a patient has the disease. All roads pointed to Alzheimer’s.

The doctor went over all  of the results with us and sent us home with the results and recommendations that came from the cognitive testing–five pages of information all about how well, or poorly, my mom was functioning in different areas.

In some areas, she tested better than average or pretty close to normal limits. When it came to memory, she tested in the 1st percentile. That means if you lined up 100 people her age her memory would be worse than 99 of them! But, she could still cook and shower and dress herself. In some ways, she was still functioning very well.

The doctor  and a social worker both counseled us that now  the important thing was keeping her safe. She shouldn’t be driving. Check. That battle had already been fought. Someone should be managing her finances. Check. She needed medication reminders. Check. I’d been taking her medication to her every day for several months since I realized she wasn’t taking it at all.

We left that day with some other A words. Yes, she had Alzheimer’s. But we had some Answers and we had and Action plan.

One thought on “A is for Alzheimer’s”

I'd love to hear from you! Please leave a comment. Cancel reply

What I’ve Been Writing About